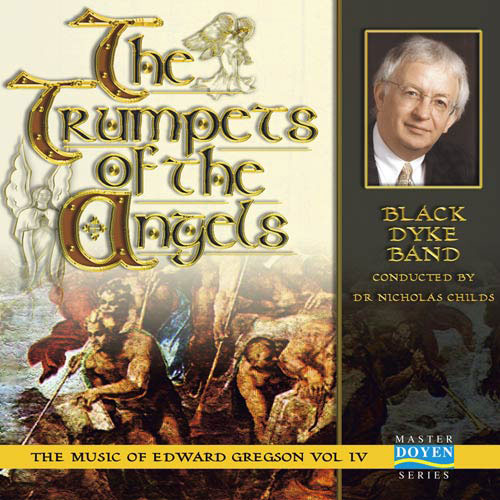 A landmark recording from Black Dyke and Nicholas Childs.  It completes the 12-year project to record for posterity the major works of one of the brass band movement’s greatest composers: Edward Gregson.  The fourth release of this series gives us two of his major solo compositions – the elegant Symphonic Rhapsody for Euphonium and the rather more rebellious Tuba Concerto, both given virtuosi performances from David Thornton and Joseph Cook.  In addition we have the final and definitive evocative recording of An Age of Kings in its brass band version and the visceral intensity of the immense The Trumpets of the Angels which features a quite superb lead trumpet voice in Jamie Prophet.  It is a glorious testament to a truly great brass composer.

Recording of the Year 2004 – Brass Band World
The album is extremely well presented in a detailed and well-illustrated package, which incorporates extensive and knowledgable programme notes by Paul Hindmarsh, and the CD is a brilliant, monumental production that perhaps takes brass banding to higher peaks than ever before.