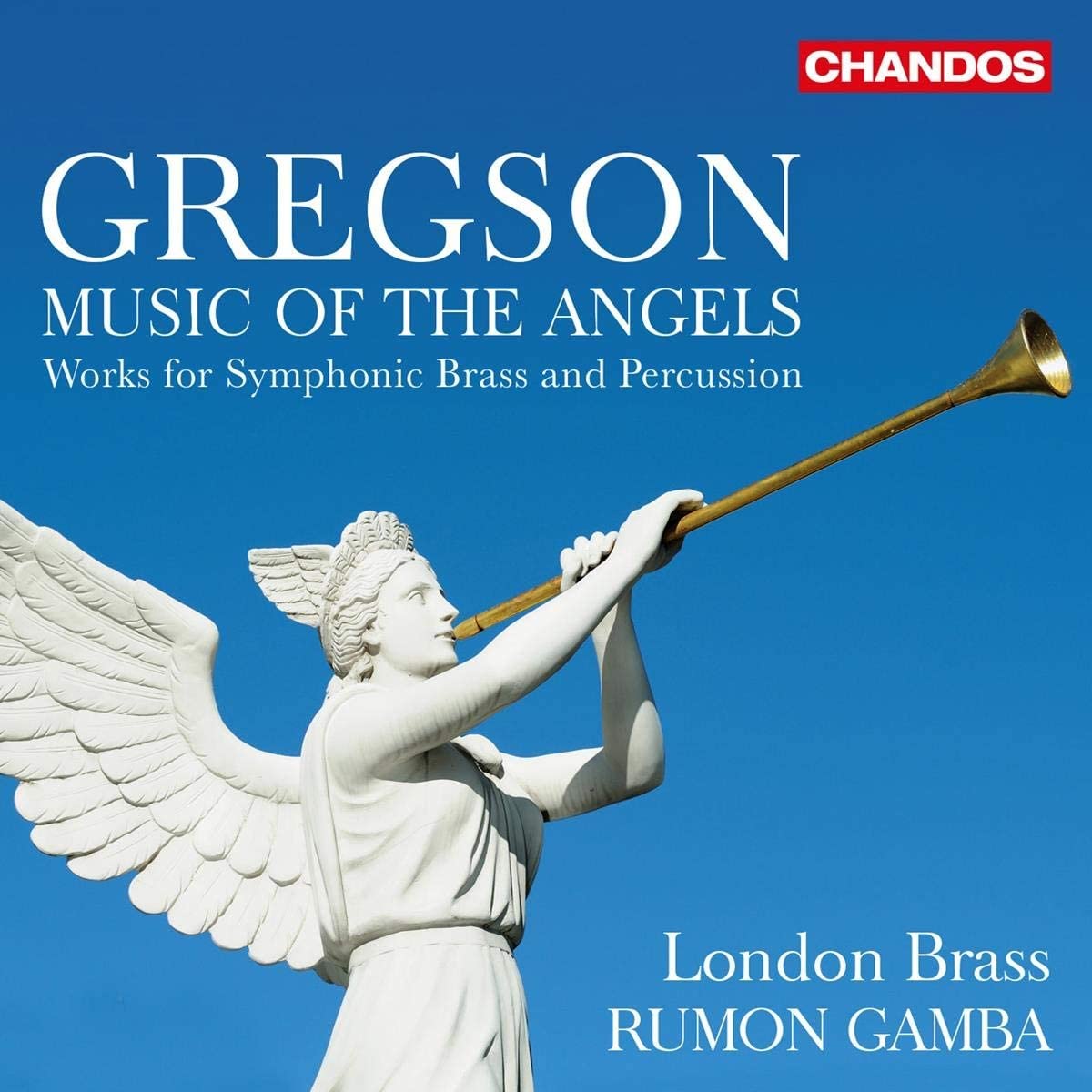 This latest outing is a selection of music for particular brass and percussion ensembles, and demonstrates the composer’s approachability and imagination.  Because of the particular sound palette, it is probably best to hear these pieces in isolation rather than sequentially, but Gregson admirers need not hesitate.

… Edward Gregson’s compositional career spans over half a century. Hopefully there will be many more years to come. His has been a singular symphonic voice blessed with a communal musical message; his works exploring understandable boundaries with an inquisitive intellect that has questioned as well as answered expectations.  This outstanding release is a definitive endorsement of that communicative skill set (aided by superb sleeve notes by Paul Hindmarsh), the arc of repertoire imposing in its span; fanfares and dances to an aria and two-part symphony, a youthful early quintet to a maturely re-envisaged Messiaen inspired biblical apocalypse. The scope of the writing is measured in its brilliance by the performers – a blaze of omnipotent triumph.

A remarkable disc on every level … Never will you hear brass playing of greater commitment, technical assurance and sheer intensity of performance.

The Chandos release provides a revealing insight in into the compositional arc undertaken throughout [Edward Gregson’s] distinguished career.

London Brass is, justifiably, one of the world’s most sought-after ensembles. Combined with the pioneering artistic vision of Edward Gregson and distilled with care and authenticity by Paul Hindmarsh and the team at Chandos, it makes for an album of unrivalled, breath-taking quality which deserves recognition at the very highest level; a musical masterpiece.

These works … are all played with formidable commitment, assurance and musicality, and serve the music at its best.  The recording is superb and the informative notes by Paul Hindmarsh are a further asset.   In short, this release will certainly appeal …. to all those who relish brilliant and assured brass playing but also to all those who simply love strongly expressive music, whatever the medium for which it is written.

This magnificent album sweeps through Gregson’s career of writing for symphonic brass, with a plethora of colours and stylistic influences. Glittering sound and production to boot.

… bravura playing is much in evidence throughout as the members of London Brass do full justice to Gregson’s intricate and often challenging ideas under Rumon Gamba’s alert and responsive direction.  The recorded sound is of demonstration standard and Paul Hindmarsh’s booklet notes are engaging and insightful.  Arguably the most satisfying and enjoyable of all the Chandos albums devoted to the music of Edward Gregson, this release is thoroughly recommended.

… The performances by the London Brass and guest percussion players under the direction of Rumon Gamba (with the composer in attendance) are superlative, and gloriously captured in trademark Chandos sound …  This is an absolute must-have for all fanciers of brass music, but anyone who appreciates fine contemporary tonal music will benefit from investing in it as well.  Enthusiastically recommended.

These fantastic performers joined forces … to record the music of Edward Gregson, and the result is nothing short of astonishing.  Gregson’s music for brass is delightfully complex and challenging, with virtuosic passages in every part, and these performers handle them brilliantly….. It is impossible to overstate the level of artistry represented on this recording.  In his notes about the recording session, Gregson remarked, “I doubt whether any of us had ever experienced paying of such quality before; I believe it sets new standards for professional brass playing in this country and beyond.”  Agreed!