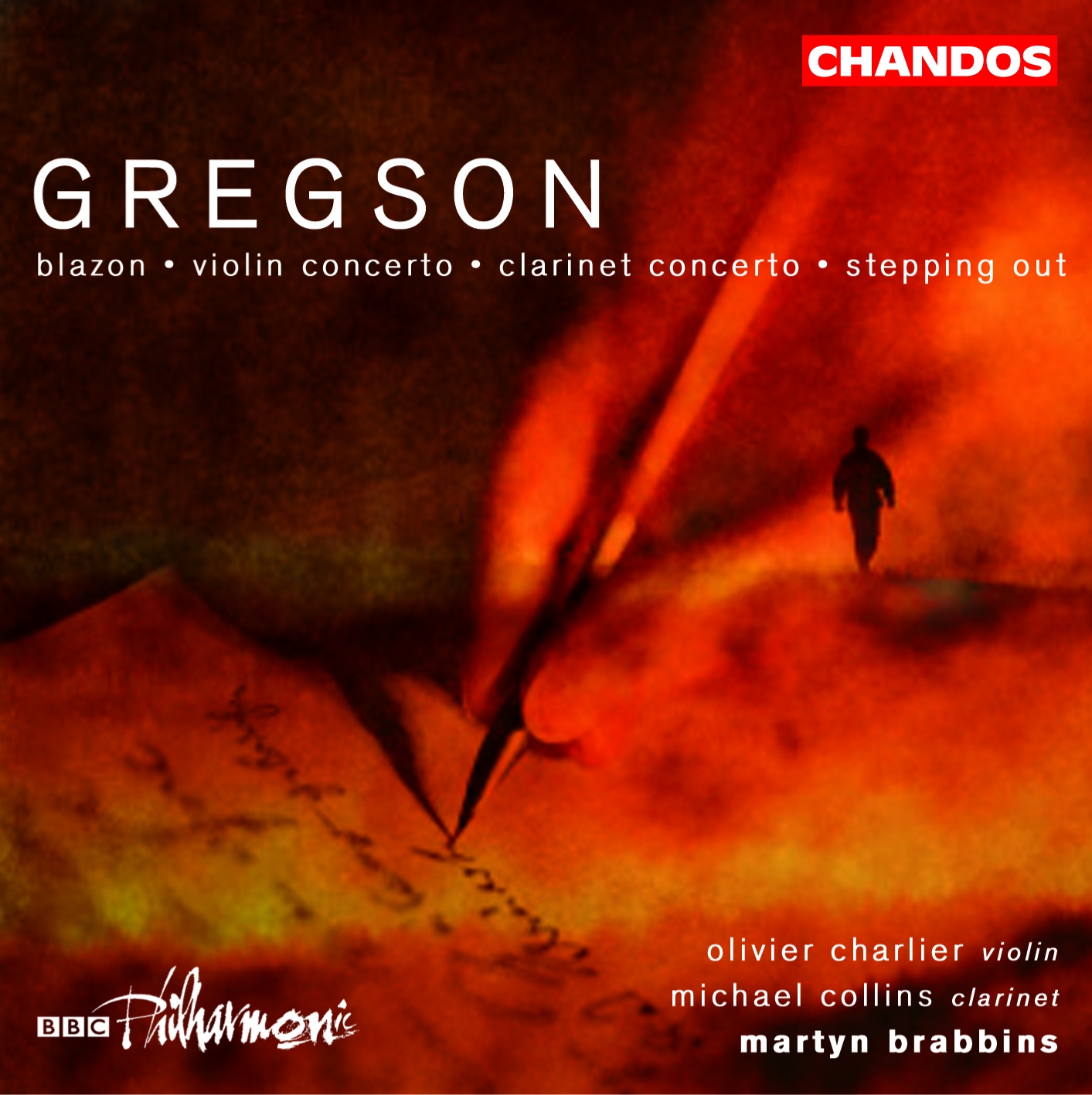 ..a composer with a fine ear for colour and and an economical style

Edward Gregson has recently composed two of the most rewarding concertos – for clarinet and violin – written in the late 20th century.

… Gregson’s music always flows spontaneously, and any of these pieces would create a great impression at a Prom.  The recordings are vivid and warmly atmospheric; if you care about contemporary British orchestral music, I cannot recommend this CD too highly.

…the flair for the full orchestra demonstrated in his Concerto for Orchestra is confirmed by this disc of works from the Nineties…The Clarinet Concerto extends his skill in formal planning to a two-movement structure lasting over half an hour, with an arresting opening, a calmly expansive slow movement, and a simple  melodic conclusion that feels organic rather than an afterthought. The Violin Concerto is another imaginatively constructed large-scale piece…The BBC Philharmonic plays with the confidence of a band which knows it is in the hands of an expert composer, and an equally skilled conductor.

For impact, Gregson’s music, as demonstrated by this CD, takes some beating … One can only rejoice that [he] has at last stamped his personality on the wider orchestral repertoire with this very successful Chandos disc.  The coruscating extended opening fanfares of Blazon feature those aspects of the orchestra which Gregson has always done best – brass and percussion … It allows the BBC Philharmonic wind players to show their strengths, which they do in uninhibited style.  It underlines Gregson’s characteristic strengths – the dance, the fanfare and the song-like line – which constitute some of his most memorable invention.

[Violin Concerto] The violin soon arises from the romantic atmospheric opening, which is quickly left behind in the violin’s relentless figuration. Gregson’s high lying lyrical line has momentary reminiscences of earlier twentieth century concertos, by Walton, Samuel Barber and Prokofiev’s Second … At one point the muscular string music from Blazon appears, but although Paul Hindmarsh’s notes tell us we have finally achieved general rejoicing, this is still very much music of today evoking the world as it is, there is to be no serenity.

The earlier Clarinet Concerto has a similar dramatic, quasi narrative thread running through it, though without any non-musical clues … This is a clarinet concerto on a notably large scale and in its wide-spanning argument, symphonic in intensity and scope … Clarinettist Michael Collins has really identified with the music and he gives a remarkably personal and personable account of the music.

Stepping Out is a vigorous string orchestra essay in minimalism which suggests John Adams.  Indeed, the booklet quotes the throwaway remark, presumably made by the composer: ‘John Adams meets Shostakovich, with a bit of Gregson thrown in.’