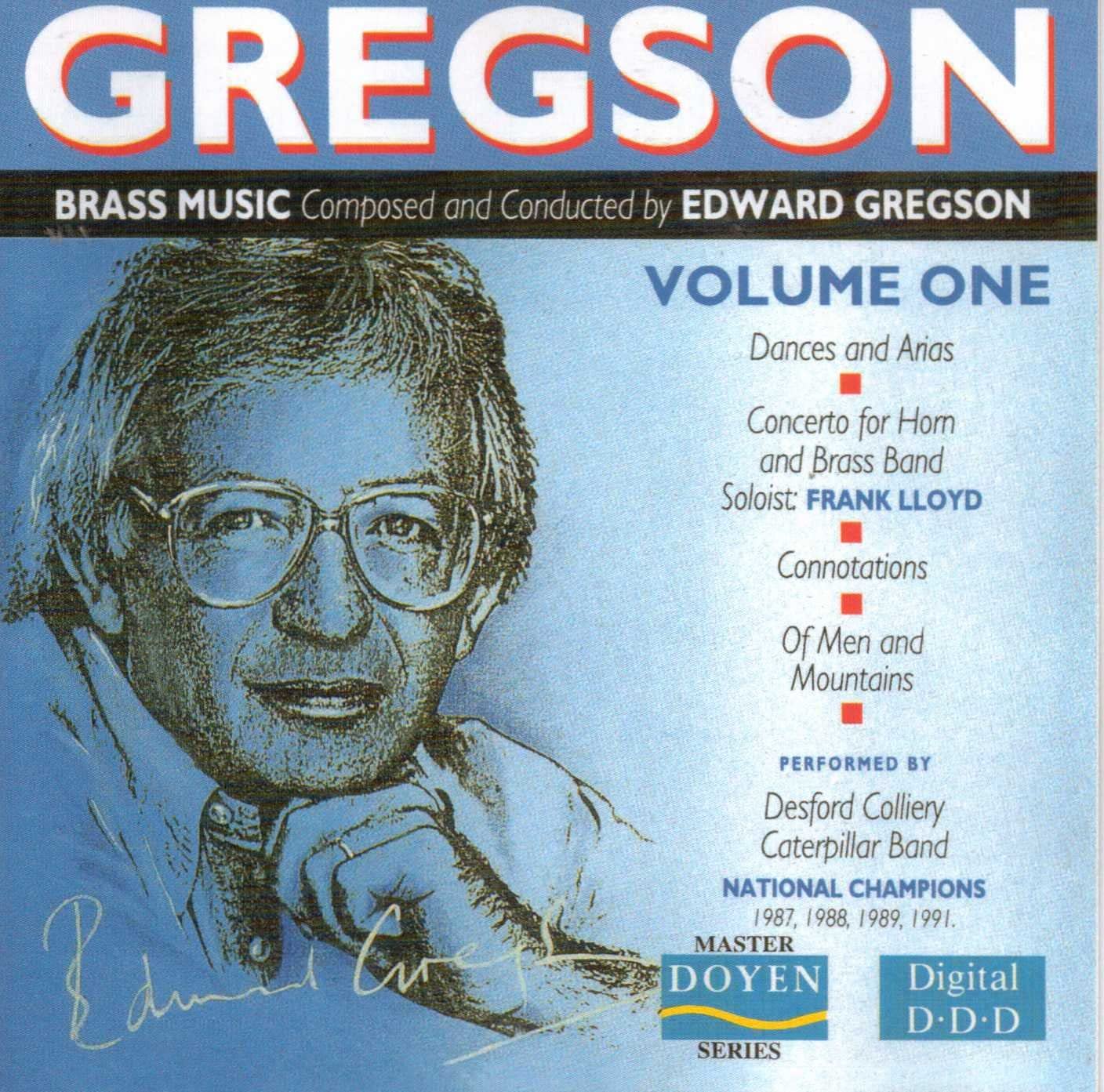 Dances and Arias
Horn Concerto
Of Men and Mountains
Connotations

Brass bands have come a long way from the days – not so long ago – when they played marches and selections, and works by composers who wrote nothing but brass band music.  Today’s brass bands are virtuoso and versatile ensembles who play work by composers who write music that also includes music for brass bands.  Edward Gregson has composed many orchestral works and is also known as a teacher and television pundit.  Because he was born into the band world, though, he writes for that medium with great authority … Frank Lloyd is a splendid soloist in the Concerto and Gregson’s conducting brings out the best in the Desford Band who play with great precision and produce a wide range of colour.

This is a disc for which you could develop a distinct liking. Of course, those initially attracted will be lovers of the sound of brass bands, with their creamy homogeneity, wordless cantabile, their wide variety of sonorities and the thrilling virtuoso playing. On this disc all these come as servants of some magnificent music. Edward Gregson is probably the doyen of brass band composers today….musically the heritage of this music is clear. Walton and Hindemith lie behind its clear construction, rhythmic energy and lyrical bursts….yet there’s an original and highly accomplished voice here, especially in the remarkable Horn Concerto – magnificently played by Frank Lloyd….and there’s one great tune – the glorious end of Connotations.  Heart warming stuff!

Even with their own works not all composers make good conductors…From the remarkable standards of performance achieved by Edward Gregson on Part One of a project to record the complete works for brass band, no such criticism is appropriate…for Volume 1 Gregson has chosen four of his most heavyweight works, representing a two decade retrospective of his work for band since 1971….Doyen’s producers and engineers have used the vibrant acoustic of Dewsbury Town Hall to good effect.