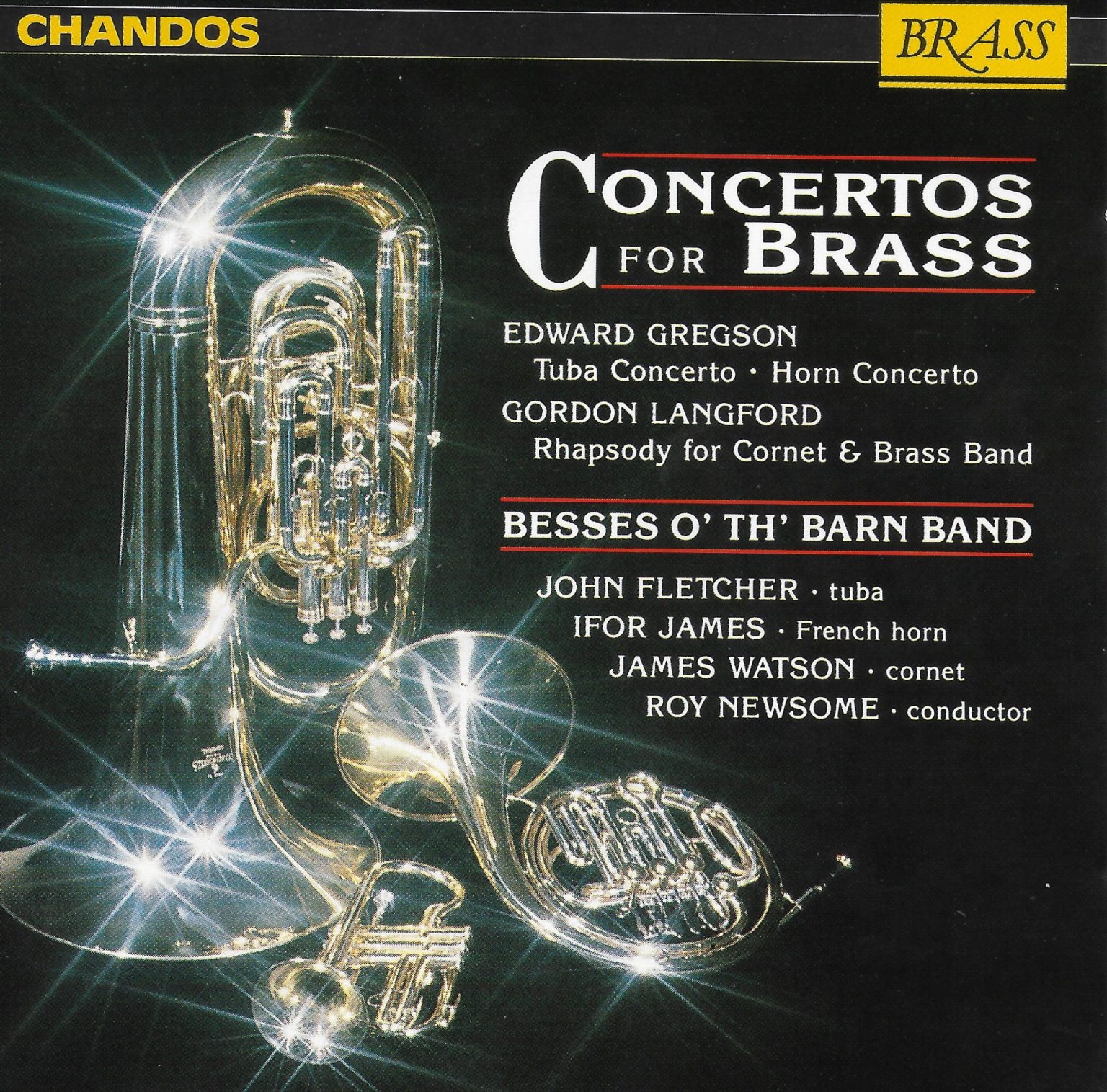 [The Horn Concerto] is beautifully played by both band and soloist.  They all seem to relish equally the lovely melancholy of the middle movement in which soprano and cornet take over the melody while the French horn plays a counter melody and the rumbustious finale.  Excellent sound.

By far the most demanding technical performance is displayed with the brilliant playing of John Fletcher in Gregson’s Tuba Concerto…. Edward Gregson, while providing a tour-de-force for Fletcher’s wizardry, has composed some beautiful thematic material here, and well suited for band and tuba….

Completing side one and filling half of side two is the Gregson Concerto for French Horn and Band.  The soloist here is Ifor James, who presents a flawless performance of virtuosic calibre.

We use cookies to ensure that we give you the best experience on our website. If you continue to use this site we will assume that you are happy with it.Ok