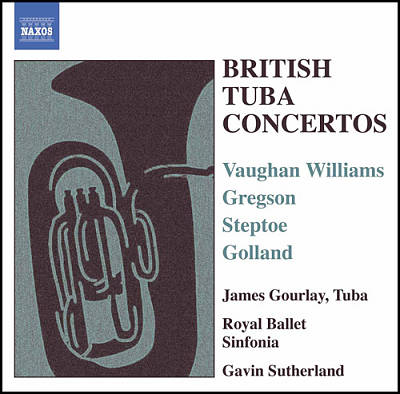 Edward Gregson is a versatile and gifted composer, whose wide-ranging, consistently fine output is now reasonably well represented in the commercial catalogue.  The inclusion here of his fine Tuba Concerto is doubly justified, since the first movement briefly alludes to Vaughan Williams’s concerto by way of homage to what must have been the first tuba concerto by any British composer.  Gregson’s Tuba Concerto, originally composed with Brass Band, also exists in a version with wind band and one with orchestra. It is a very enjoyable work in which the soloist has many opportunities to display agility and musicality, particularly so in the beautiful slow movement.