Born in Sunderland, Co. Durham, England, to parents who are ministers in Salvation Army. 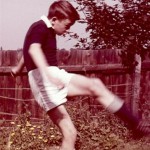 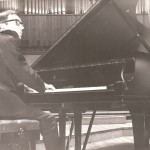 Completes secondary education at Manchester Central Grammar School – begins studies at the Royal Academy of Music (RAM) in London: composition with Alan Bush, piano with Russell Chester.  Wins five prizes for composition. In final year composes a Concertante for piano and brass band, which he premieres as soloist at the Royal Festival Hall. Graduates from RAM. 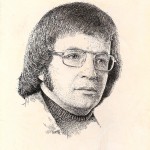 First professional commission, Music for Chamber Orchestra, (English Chamber Orchestra), intended for South American Tour with newly appointed Principal Conductor, Daniel Barenboim – Barenboim does not take to the work and it is not performed – composer puts it in ‘bottom drawer’! 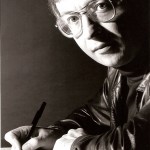 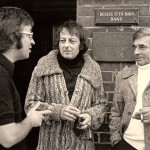 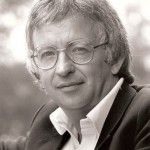 Appointed Head of Composition at Goldsmiths College. Commences conducting activities at College with orchestra and New Music Ensemble. Invited to teach and conduct at the Royal Academy of Music. 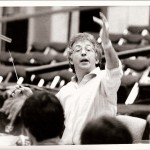 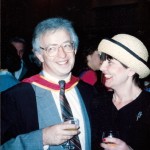 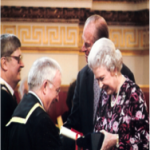 Appointed Principal of Royal Northern College of Music (RNCM) in Manchester, Receives Honorary Doctor of Music from the University of Sunderland, his place of birth.  Awarded the Iles Medal by the Worshipful Company of Musicians for his contribution to brass bands.

Composes Violin Concerto and The Trumpets of the Angels. Honorary Fellowship from Royal College of Music. Major retrospective of his music held in Manchester. First CD of orchestral music and concertos released on Chandos label –  ‘Editor’s Choice’ in Gramophone magazine.

Composes Saxophone Concerto (commission from Nobuya Sugawa) – premiered in Manchester with BBC Philharmonic and in Japan with Tokyo Philharmonic Orchestra. Receives Honorary Doctor of Music from Lancaster University. Composes concerto for cello and chamber orchestra, written and dedicated in memory of Christopher Rowland.

Retires early from RNCM to concentrate on composition. Honorary Doctor of Music of University of Manchester, Companion and Emeritus Professor of RNCM. Volume 2 of Chandos recordings released. 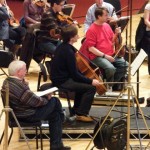 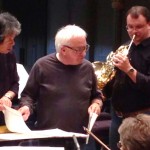 Composes two major works for brass band: Symphony in two movements (jointly commissioned by the National Youth Bands of GB and Wales), and Of Distant Memories (commissioned as the test piece for the National Brass Band Championship of GB. 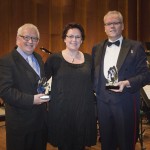 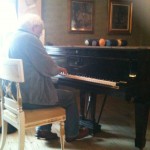 70th birthday celebrations continue with a performance  of the Concerto for Piano and Wind by Ronan O’Hora and the BBC Symphony Orchestra at Maida Vale Invitation Concert.  Appointed Composer-in-Residence by Black Dyke Band (with Arts Council funding), with Cornet Concerto as first commission.  Gregson mini-festival to take place in Oslo with performances of ten works. 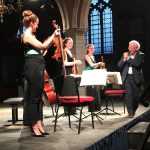 Concerto for Piano and Wind broadcast by Ronan O’Hora and the BBC Symphony Orchestra at Maida Vale Invitation Concert.  Appointed Composer-in-Residence by Black Dyke Band (with Arts Council funding), with Cornet Concerto as first commission.  Gregson mini-festival in Oslo with performances of ten works. Composer in Residence at the Presteigne Festival where his 2nd String Quartet is premiered by the Nightingale Quartet from Denmark. Commissioned by David Childs to write a Euphonium Concerto, which is premiered and recorded on the Chandos label. Wins Ivors Academy Composer Award for his Hallé commission ‘The Salamander and the Moonraker’ 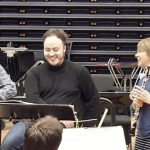 75th birthday celebratory year begins with premiere in Leeds Town Hall, broadcast on BBC Radio 3, of A Vision in a Dream, an oboe concerto commissioned by the BBC for Jennifer Galloway and the BBC Philharmonic. Followed by the release of new Chandos album ‘Music of the Angels’, performed by London Brass/Rumon Gamba. Pandemic strikes in March and postpones further celebratory performances, including a five-European country commission for brass band: The World Rejoicing (Symphonic Variations on a Lutheran Chorale). New recording of solo piano music released in August on the Naxos label, performed by Murray McLachlan. 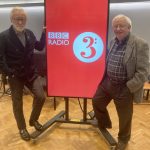 Retires as a Writer Director of Performing Right Society for Music after 25 years of service on the Board of Directors.  ‘The World Rejoicing’ finally premiered in Netherlands and Switzerland. Second Naxos recording (Instrumental Music) released with solo performers from the Hallé and BBC Philharmonic orchestras.   Featured as ‘Composer of the Week’ in week-long programmes on BBC Radio 3.  Third Naxos recording (including the two string quartets) released, performed by the Navarra Quartet.  ‘The World Rejoicing’ to receive UK premiere at Symphony Hall, Birmingham.

Picture index from top of page:

We use cookies to ensure that we give you the best experience on our website. If you continue to use this site we will assume that you are happy with it.Ok